So it’s time to start searching for a senior living community for yourself or a loved one, and you have no idea where to begin! 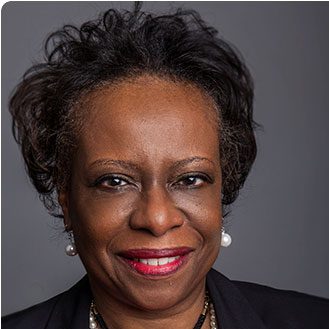 What Questions Should You Ask When Touring Senior Living Communities?

You’ve done your research and compiled a shortlist of potential senior living communities that could be a good fit for you or a loved one. Now it’s time to take a tour, whether done virtually due to COVID-19 or in-person. Listed below are some questions Archable recommends asking while on your tours:

Who Should Go on Tours of Senior Living Communities?

Archable said it’s not uncommon for the adult children or decision-makers to attend the initial tours with a CarePatrol local advisor, without their loved one. This allows the adult children to visit multiple senior living communities and then narrow down the options to one or two. Plus, it may be too physically overwhelming to bring your loved one on multiple tours.

Once the list of prospective senior living communities has been pared down to one or two, the adult children can make a return visit with their loved one to make a final decision.

How to Talk With Your Parents About Senior Living Options

Feeling a little bit better about the situation now that you have some questions ready to ask?

Now, let’s tackle the big question that everyone asks during this process: How do I talk with my parents about senior living options?

Don’t worry, we’ve got you covered on this, with some sound advice from Archable.

To begin with, Archable recommends having a discussion with your parents about senior living options before you are in a situation where you have to make a quick decision.

“Starting out earlier, you have more choices,” said Archable. “The later you wait and if you become impaired physically or cognitively, your choices become narrower.”

“Sometimes you have to ease them into that because it is a big adjustment for folks who have been living in their own home and their own environment for so long,” Archable said.

We created a super helpful tool to help you find a senior living community that fits the needs of your loved one. Our Choice! Wizard© makes the research process super easy! Just follow our simple 3-step process to discover the recommended options that best fit your specific needs. The Choice Wizard is free and easy to use.

We’re so excited to launch our podcast featuring real talk about senior care options. Each week we discuss timely topics with industry insiders and give you an unfiltered view of senior care.

Take a listen to our other episodes:

Episode 3–Staying Home vs. Moving to a Senior Living Community Michelle Woodbrey, Chief Executive Officer and Co-owner of 2Sisters Senior Living Advisors shares four factors to consider when considering whether to stay at home or move to a senior living community.

Episode 6– Support Options for Caregivers Guest Molly Rowe, co-owner of FirstLight Home Care of the North Shore in Massachusetts, explains why it’s important for caregivers to take a break, the benefits of taking a break and how to find support options.

Did Willy-boy Plagiarize Another Writer?

“For hundreds of years, who questioned the authorship of William Shakespeare?” asks Bob Boog, “No one did, because right on the title page anyone could see Shakespeare’s name. In addition, he acted in many of the plays. But that still doesn’t mean he didn’t do it.”

Many Shakespeare experts are quick to dismiss any claims to Shakespeare’s authorship. “It’s like Bigfoot,” says one expert. “People love to make things up. So, if it is true, the person should prove their nominee first. Let us judge the proof because most likely there is none.”

However, Boog insists that he does have proof. “If you have an open mind, you will see for yourself, because Ben Jonson tells us there are two individuals involved in this dispute. The smoking gun evidence can be seen in the Sonnets too – as well as the First Folio. I’m not crazy. The man from Stratford-upon-Avon did NOT create the poems, plays and sonnets that we attribute to William Shakespeare.”

Is this just talk? Boog doesn’t think so. He claims his evidence has been over-looked because people are busy.  “Think about it logically, if a professor has doubts about whether a student wrote a paper by himself, the teacher will usually want to see hard proof. After all, who can write a beautiful sonnet, or a drama out of thin air? But what if there is none? If you are Shakespeare, an expert will make up an excuse. What if a student turns in an essay that does not compare to any of his previous work, won’t most teachers wonder what is going on? Yes, but again, not with Shakespeare. The experts will explain it away with even more excuses.”

Boog, a real estate agent from Los Angeles, claims he stumbled upon this evidence by accident because he enjoys writing songs and solving Sudoku puzzles as a hobby.

“I was staring at the First Folio and one word called to me. It was the word, “drawne”. I wondered to myself, hmm, why wasn’t the word “draw’de” used? “Draw’de is a Renaissance word that means the same thing as “drawne”. That’s when I realized, “drawde” is an anagram for the word “Edward”, right? And for years people like Mark Twain and Sigmund Freud have claimed Edward DeVere was really Shakespeare but he had to hide his identity. So, I looked down from “drawne” and guess what word showed up? D-E-V-E-R-E. I’m not making this up. You can see it for yourself in my book.”

Interested in learning more? If so, Boog is launching his 45-page Amazon Kindle book “Hang Shakespeare” this upcoming weekend: Saturday February 30 – midnight March 1, 2020. You can grab a FREE copy! It will also be available for free on March 15,2020 to celebrate the “Ides of March”.

(Note: the e-book normally costs $4.65 and is available for sale if you don’t want to wait.)

For more information, press only:

For more information on e-Book:

News World Week is an extensive repository of the latest curated news from across the globe. This online portal provides a wonderful platform that brings together the creative musings of bloggers and journalists with rich experience panning across several years and covering a diverse spectrum of industries...